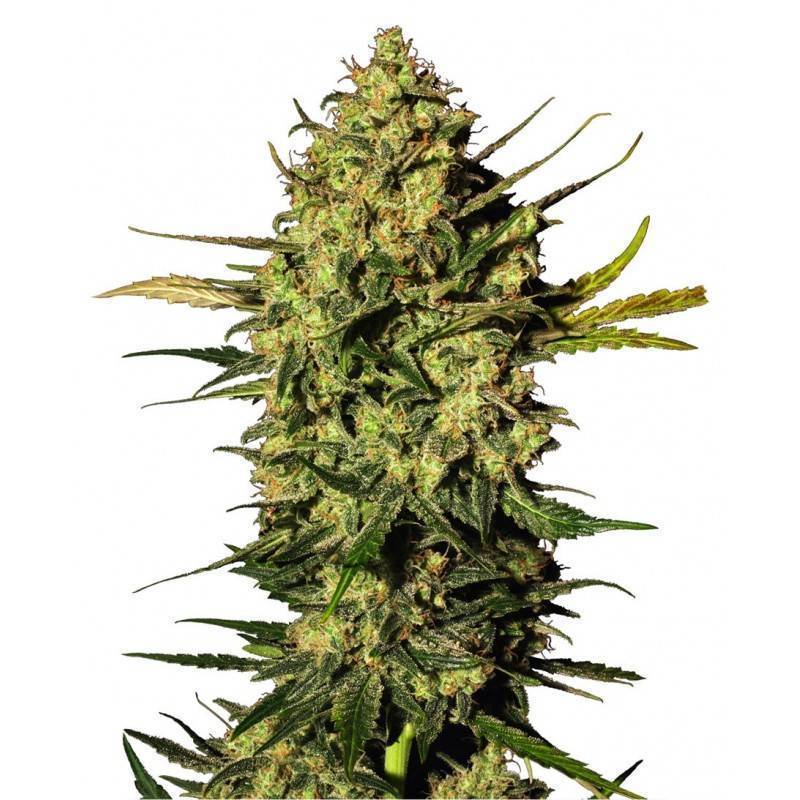 Our original Kush Master was one of the first hybrids created with two genuine Kush varieties - plants from which hashish is produced in the Hindu Kush. Master Kush Automatic has the same parental as hash-plant, which gives growers the same amazing resin yield plus the advantages of being feminized and autoflowering!

The Hindu Kush mountains occupy most of Afghanistan and extend to the border with Pakistan and northern India. This region is the original birthplace of Cannabis indica - the branch of the cannabis family of compact and rapid flowering, thick formation of buds, and very resinous. All the characteristics associated with the indica varieties are the result of centuries of human selection to find plants that provide maximum resin production that could also thrive at high altitude and under extreme climatic conditions.

The incredible resin content of the indica cultivars is the reason why they are often called hash plants - they are the main source of the black and soft hashish or charas that is traditionally produced in the Hindu Kush region and in the surrounding regions. People from India, Nepal, Tibet, Pakistan and Afghanistan produce world-renowned black hashish varieties, mostly indica varieties (also known as 'Afghanica' or Kush).

Master Kush Automatic gives continuity to this resinous legacy in a vigorous, compact and feminized variety of seeds that blooms automatically. The plants bloom according to age, instead of the photoperiod (hours of light a day), which allows them to be cultivated in a wide range of environments.

Master Kush Automatic grows without any problem indoors, and is strong enough to grow and bloom outdoors in the cooler climates of the north. Its autoflowering capacity allows growers who have very short summers to choose the time of the flowering phase of their plants to coincide with the sunniest months, instead of the flowering beginning in September, as befits photosensitive plants.

This variety has a rapid general growing period, usually in the range of 11 to 13 weeks. The vegetative growth occupies approximately half of this time, and the seedlings increase their height during the first 5 to 6 weeks.
When the Master Kush Automatic plants have developed from their seventh to ninth group of true leaves, flowering begins automatically. The plants stop gaining height and develop solid and resinous buds for the next 6 to 7 weeks.

The feminized seeds of Master Kush Automatic make it easy for anyone to grow their own medicinal quality cannabis. This variety does not need any stimulus to grow and bloom, and it is not necessary to eliminate the males when the flowering begins. If the germinated seedlings are provided with a good substrate, enough light and regular irrigation, they do the rest alone!

Master Kush Automatic produces most of its harvest on the main stem and upper branches. Some growers prefer to prune the larger lower branches to further concentrate the flowering in the central part of the plant.
The mature buds are solid and sticky knots, grouped around the nodes in the style of the Afghan flags. The ascendancy of dominance indicates of this variety means that its buds are formed by small and hard calyxes pressed together. As the buds indicate they are less open and wider than those that have sativa influence, they tend to be much denser and heavier.

This dense structure also means that the buds of Master Kush Automatic retain a very satisfactory proportion of their size and weight when they are dried.
Its flowers (and especially its resin) emit that unmistakable smell of black hashish from the old school of the Hindu Kush - earthy, sweet and penetrating, with a touch of incense.

The resinous flowers of Master Kush Automatic have high levels of THC and CBD, providing a powerful relaxing body effect and a serene and contemplative mental state, without the cerebral "high" of some high power indicas. This variety is equally suitable for recreational and medicinal applications.